I’m working on a motion graphics project that will be about 100+ hours for Wiley Publishing. Then I’ll be posting drawings again. 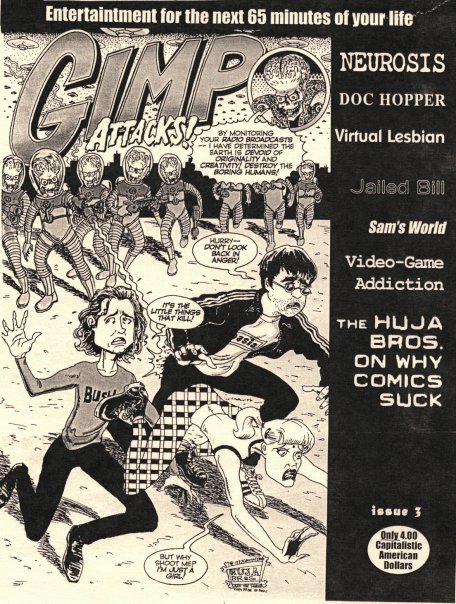 Back in the 90â€™s, I billed myself as one half of the Huja Bros. Tim Bird and I wrote stories for the comic Rat Bastard under that name, and I drew as well. Hereâ€™s a cover I did for Gimp Magazine. At the time, music scene snobs like Tim and I despised bands like Bush, Oasis, and No Doubt, so I sicced the martians on them in this piece. I always dug Mad Magazine, and wanted to give it that feel. 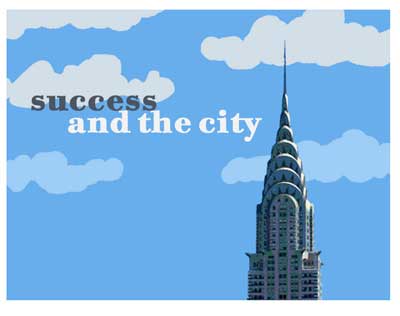 My entire month of July was consumed by a project for Wiley Publishing. Yes, the same Wiley that publishes the â€œâ€¦For Dummiesâ€ books. But this project was for their textbook divisionâ€™s annual national sales meeting. To honor their top five sales people, the good people at Wiley contracted me to create a one minute animated film that was loosely based on the intro to the TV show â€œSex and the Cityâ€.

Each sales rep was shown in some aspect of NYC activity, with the first rep in the role of Sarah Jessica Parker. Each rep is pleasantly surprised when they find their name and sales stats are part of the fabric of the city.

The entire project took 28 days straight. Sometimes fifteen hours long. Hand drawn characters, finished in Flash, composited in After Effects. The files were a whopping 1024 x 760 because the final was brought into Power Point. It was lots of work, tight deadlines, but a lot of fun. It also helps when you do work for an open-minded client that trusts your instincts. No wonder Wiley is so successful.

Sorry, but for contractual reasons, I canâ€™t post the video. Hereâ€™s a few stillsâ€¦ 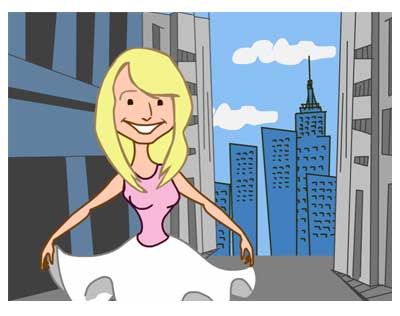 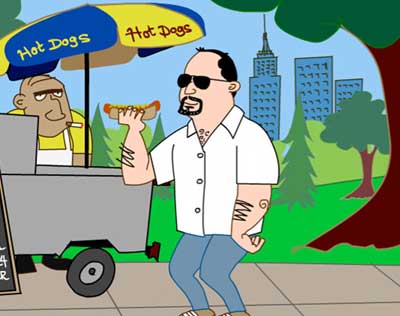 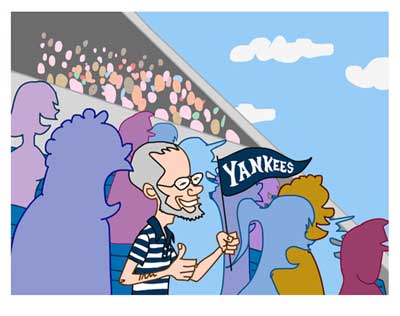 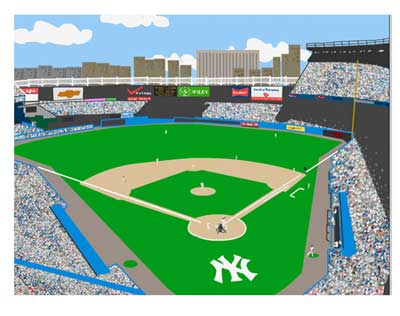 While my real passion is character design, I must admit, I really had fun drawing places like Yankee Stadium.